As you’re zipping across the sky, there just might be a ship right below you loaded with 1,172 kilometres of fibre optic cable. The ship is making its way across the Baltic Sea, building a new high-speed submarine telecommunications connection between Finland and Central Europe.

The project is called Sea Lion, and when finished, the new connection will provide direct data access between Finland and Germany with potential further connections to the Baltics, Western Europe and the UK, Eastern Europe and Russia, and eventually Asia.

“The global telecommunications data traffic is estimated to grow by 30–40% annually. This means that the data transfer capacity needed in the next 5–10 years’ time will be on a completely different level than it is today”, says Jukka-Pekka Joensuu, Executive Vice President with Cinia Group, a Finnish company specialising in tailored network and ICT solutions responsible for constructing the new system.

“A big bulk of the increasing traffic is coming from—and going to—Asia, making new routes a necessity. What we are doing now is laying the groundwork for establishing Finland as a data traffic gateway to Asia by building major infrastructure for high-speed connections.”

Combined with Cinia’s existing terrestrial cable network that covers the entire Finland, the new submarine link to Germany will enable the world’s fastest data connections to global networks. The system can carry up to 120 Tb per second, transferring data between Helsinki and Frankfurt in less than 20 milliseconds.

This means that when the new system is operational in early 2016, the world will be a significantly smaller place. The major increase in data transfer capacity benefits companies that work with vast amounts of data, like the media, but also a whole lot of other sectors that are digitalising quickly.

”Finland and the rest of Northern Europe enjoy a very interesting position Cinia’s new high-speed data connection brings Helsinki so close to Frankfurt that it might as well be a Frankfurt suburb, the company’s Executive Vice President Jukka-Pekka Joensuu laughs. as potential data centre locations for major global operators,” Jukka-Pekka Joensuu points out.

“Ten years ago practically all servers for internet services were in the United States, but if you log on, say, Facebook today, chances are you’re accessing their data centre in Sweden. Data centres are already a billion euro business, and our investment in network infrastructure will further increase the availability of these kind of opportunities to Finland and the other Nordic countries.” 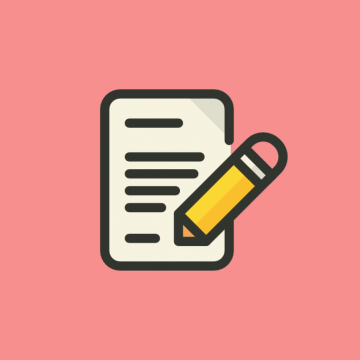 Our writer and editing staff include multiple professional writers and visiting authors. Story suggestions: info@presser.fi.
More from this writer

European cloud-hosting with a rock-solid attitude

UpCloud has pushed through the limits and now ranks as the #1 performance leader among the top cloud-hosting providers in Europe.

END_OF_DOCUMENT_TOKEN_TO_BE_REPLACED

Nordcloud is a public cloud automation and managed services specialist whose aim is to be the industry leader throughout Europe.

END_OF_DOCUMENT_TOKEN_TO_BE_REPLACED

The Next BIG Thing