At the lobby of Fennovoima, one can sense the internationality: English, Finnish and Russian come out the strongest. Based in Helsinki, Fennovoima office is located by the sea, and one can feel the professional, yet colorful vibe once entering the building.

The company was established in 2007 to build Hanhikivi 1, a nuclear power plant now on a licensing phase. The project valued at 6.5-7 billion euros currently employs some 300 domestic and international professionals that contribute to the energy security of Finland and the entire EU. The construction starts in 2018 and commercial operation in 2024.

Project Director Minna Forsström describes the organization as strongminded and agile. “We are a newcomer that has been very successful in creating and managing a vast project of this size. No wonder we have gained much of international attention too.”  Forsström recently visited Peking where she met two of the biggest power plant directors. “With Fennovoima business card, doors open to many places”, she adds.

Forsström herself has a Master’s degree in chemical engineering as well as an MBA. She has obtained a versatile experience before joining Fennovoima in 2012. Forsström mentions gender as a benefit in her work: “People remember a blonde crazy woman from Finland”, she laughs.

Number one in brain import

When the conversation turns into her team, Forsström gets excited. She dares to challenge the Finnish discussion of brain export and outflow. “We recruit highly educated international talents, many of whom even have two university degrees. 20 per cent of my team are from abroad, German, Check, Slovak, Indian, Pakistani, Irish, Russian… altogether 18 nationalities. I claim Fennovoima is the number one in brain import.”

It demands a lot from people to relocate to a totally new country and culture, no matter how interesting the job is. Fennovoima does assist in the relocation and organize cultural education to make the transition as smooth as possible. “From finding an apartment to the kids’ library cards”, Forsström demonstrates.

Finland is known for the excellent education, 30 per cent of the nation have obtained a higher education. Why does the company look for talents outside the country borders? Forsström points out that the company stability benefits from diversity. A physicist educated in Germany is not identical with a Finnish physicist. Secondly, people have much more versatile problem solving skills thanks to the various experiences and pressure they have faced in the past. Hence, the knowledge base is much wider making the company more stable.

“I claim Fennovoima is the number one in brain import.”

Forsström is surprised how many international companies limit their talent pool by mainly using the local language. In Fennovoima, the corporate language is English. Since the supplier provides all the materials in English, it was not much of a change in the beginning.

Forsström’s message to the Finnish decision makers is clear: “We ought to plan truly interesting projects and create environments attractive to the best talents both domestic and international.”

Yet, it is not only the multicultural aspect that builds the diversity. Fennovoima teams consist almost equally men and women, young and more experienced employees. The recruitment in is an ongoing process: the company is to recruit 200 more engineers and quality assurance professionals in the coming years. “Engineers, especially electrical engineers, we are interested in all of you”, Forsström informs.

Fennovoima’s culture can be described as colorful, stable, young and cheerful. Less of worrying more of doing. Forsström explains the concept of Fennoway: the way things are done in the company. Safety aspects are key in their industry, all opinions and concerns are taken into consideration. Another aspect is responsibility, which covers a wider range than just the own table. The employees are encouraged to contact the suppliers to ensure the work is forwarded to the next level exactly as it should.

“Engineers, especially electrical engineers, we are interested in all of you.”

Especially the younger people value the information flow, possibilities to learn and make an impact. “With us you get to work with the best professionals. Where else you get a high-class lecture of turbines from a colleague next door?”, Forsström wonders. 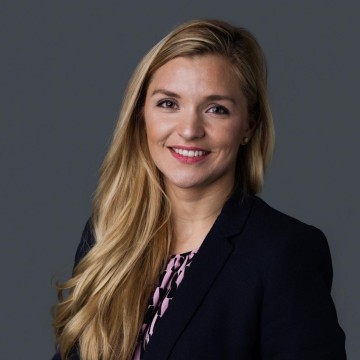 Your First-Class Ticket to the Internet of Things

Did you know that there are already more connected devices and machines than people in the world today? Vaasa-based technology provider Wapice has built a fast-growing business on connecting a lot more.

END_OF_DOCUMENT_TOKEN_TO_BE_REPLACED

The Next BIG Thing

According to the new State of Social Business Report from Altimeter Group, 77 percent of companies with social business programs are planning to implement or already have Employee Advocacy programs in place.

END_OF_DOCUMENT_TOKEN_TO_BE_REPLACED

Finns are forerunners in cleantech innovations